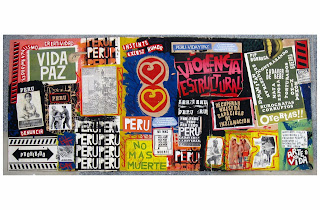 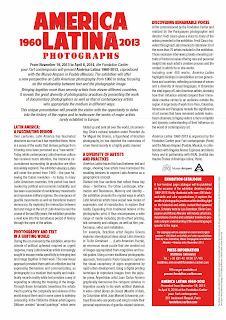 From its press release: “The exhibition will offer a new perspective on Latin American photography from 1960 to our days, through the lens of the relationship between text and photographic image”, to which it adds, beneath the title BELOW TEXT AND PHOTOGRAPHY,  A SPACE OF FREEDOM”: Moved by a feeling of urgency vis-a-vis authoritarian governments and successive social conmotion, a large number of Latin American artists attempted to escape the specificity of a unique medium by yuxtaposing text and photography in their works”.
It is 50 year-plus panorama that gathers over 70 artists from 11 different countries.
MORE DETAILS: The exhibition goes from November 19th 2013 to April 6th 2014. Place: Fondation Cartier pour l’art contemporain, 261 boulevard Raspail - 75014 Paris. fondation.cartier.com
The América Latina 1960-2013 exhibition is a project of the Fondation Cartier pour l’art contemporain (París) and the Amparo Museum (Puebla, Mexico), with support from IHEAL (Institut des Hautes études d’Amérique Latine, Paris). 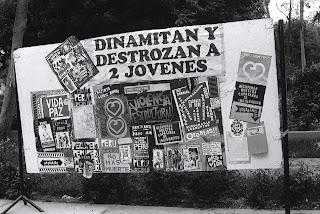 The collage that has been selected for the exhibition "America-Latina, 1960-2013" was made for the Art/Life campaign, a campaign against violence that I spearheaded at the end of the eighties. Those years were right in the middle of the spiral of violence lived in Peru at the time, the heightening of the confrontation between the government and armed groups (above all: the Shining Path). 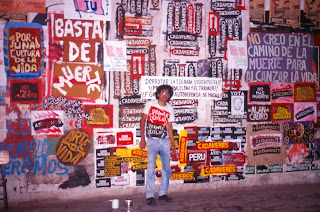 The Art/Life campaign against violence at the National University of San Marcos, mural along a hallway of the Humanities Department, 1989.

At the beginning of 1989 I went to the National University of San Marcos to develop a mural campaign against the Shining Path. As part of my push to escape passivity and to confront the bloodthirsty-authoritarian tactics I also took my artistic activism to the Catholic University, to the Municipal Park of the Carmen de la Legua district, and the Lennon Park of the San Miguel district. 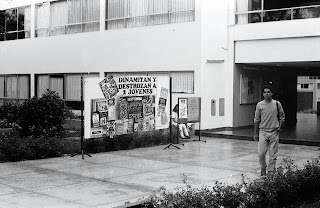 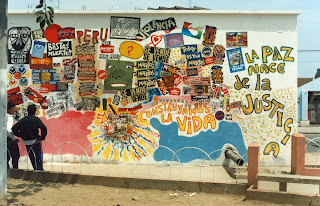 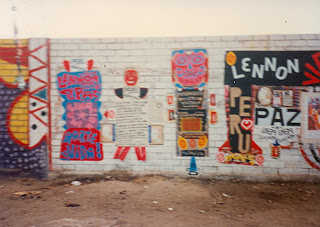 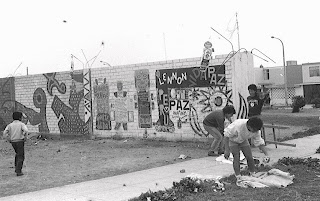 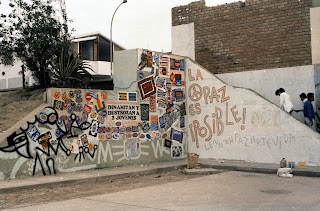 Art/Life campaign, Argentina Park and Lennon Park in the district of San Miguel, 1989. 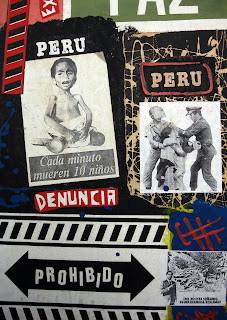 In the collage titled “Structural Violence” one can appreciate the influence of “Art language”, in the words of Juan Acha, understood as “(artists that) use words and any graphic medium to question the logic and the objectivity of fundamental ideas about art”. A phrase in the collage states the following: “To recover our capacity for indignation”, as well as freely associated words such as: “instinct”, “excess”, “humor”. Also the word “OFFER”, next to sensationalist newspaper headlines.
This piece, that had the function of being an informative newsboard, sought visual impact and to communicate ideas through simple and direct phrases accompanied by impactful images, transmitting the absurd as well as moral disgust. 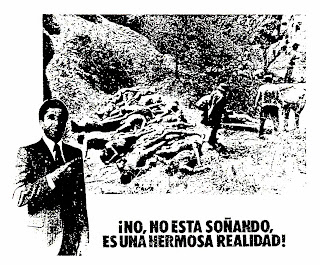 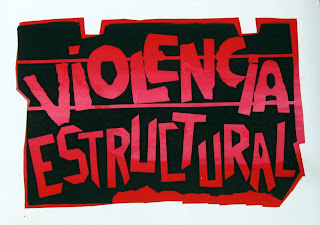 In 1989, at the turn of the decade, groups such as Huayco, AVA, the Subterranean/Bestia and the Carpa Teatro had come and gone. In those years the country was falling into an increasingly dramatic and bloody spiral of violence, and reality seemed to be falling to pieces. “Structural violence” is that “latent”, “hidden” or “silent” violence such as the situation of poverty in which the large majority lives, or sectors marginalized from the opportunities that society offers to privileged minorities.

Vis-a-vis the crossfire, civil society appeared paralyzed by fear, incapable of saying NO TO VIOLENCE and of proposing an alternate route, both to the dirty war (mass graves, disappearances, extrajudicial executions by government forces) and to the Shining Path-led bloodbath. With this collage I sought to express my position, and to say: “the main cause of death in Peru is poverty” (Perú, Life and Peace Campaign). Did we seek to end subversive violence?, among other things we had to eliminate social injustice, that is, to decrease the enormous gap between rich and poor that was one of the excuses with which these violent groups justified their struggle. We had to attack the issue of enormous economic, political, cultural, social gaps, we had to end structural violence. 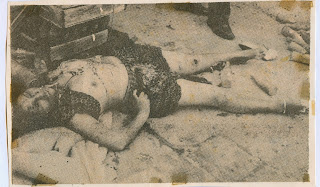 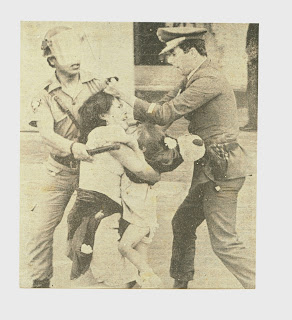 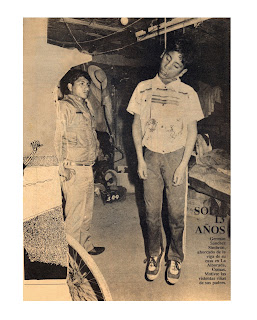 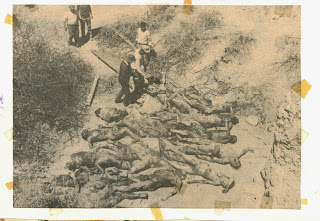 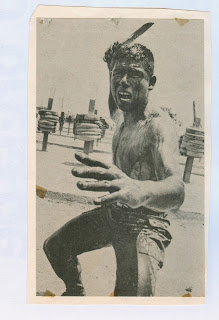 Woman with a perforated chest because of a bomb that exploded while she attempted to carry out a terrorist attack; policeman shoving woman with a child in her arms; the body of a young suicide hanging from a beam; dozens of bodies spread on the ground; mass grave in Ayacucho; fierce expression; aggressive command attitude… photography (of newspapers and journals) as a testimony to the violence, were and are a main input to my critical creativity.

As in the years of the spiral of violence, I continue to believe that the artist must open way to countercultural criticism, to the aesthetics of indignation and to creative autonomy; so as to push Peru out of the profound ethical pit in which we find it.